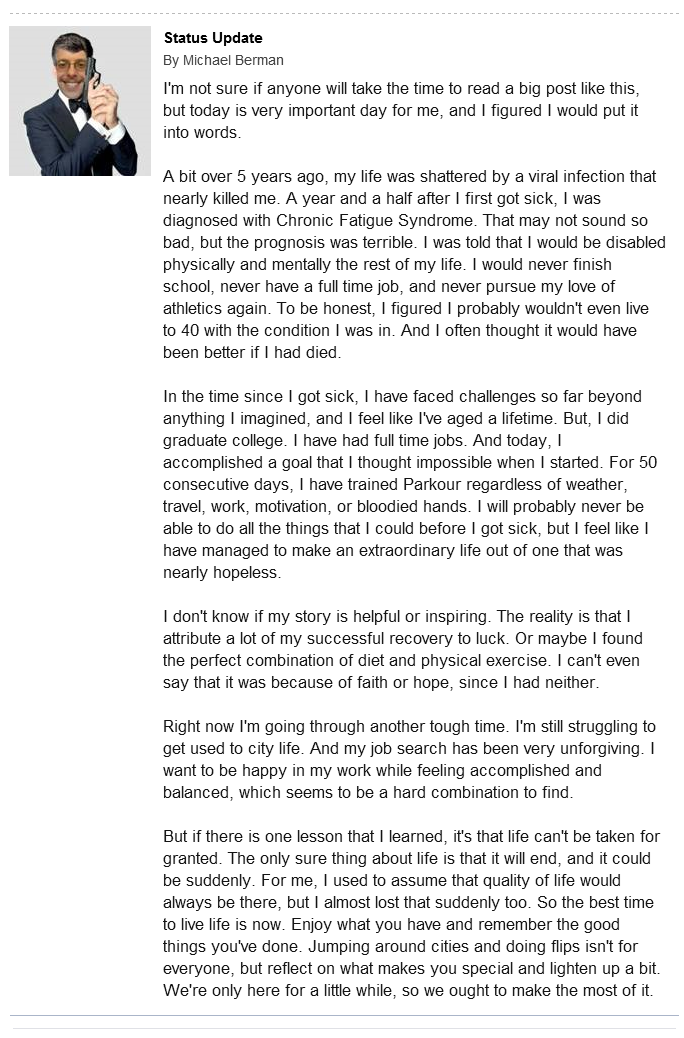 Hello all. The first episode of "Move or Die" Zombie Parkour will be filming in March. I am looking for my Zombie stunt team to chase after our Traceur! If anyone is interested feel free to message me. I'm posting two links of tow advertisements of placed for this project. If you are not interested I'd appreciate it if you can pass it along. This my first short film out here in the Bay Area and I look forward to meeting and working with all of you either on this project or one in the near…

a change in my training

I'm setting a goal of running (or at least moving without stopping) the Oakland half marathon on March 23rd of this year. I usually only run as part of other activities like parkour or ultimate and primarily as part of warming up so running as an activity in and of itself is very new to me. I'm already a week behind in the 12-week novice half marathon training plans  I have found online! Luckily, running 3 miles or is no problem so hopefully I can build up to the 13.1 with a measured,…

Who I am and what I want

My name is David I have been into parkour since 2009. I did not take any real steps to begin actually doing parkour till

around late 2010 when my internet searching payed off and I found a beginners class out in Berkeley, note at that time I had no idea what I was getting my self into it was a real wake up call. Then, I figured after spending lots of money to take the bart train there I really needed to to learn closer to home, of course I tried to take what I had learned in the…

I am starting parkour by myself and do it around my neighbourhood. The only problem is that there arnt many things to learn off of and try new things on. I was wondering if anyone knew cool places to go so I can try a little bit of everything.
Thank you.

So me and a fellow BAParkour member, Chase Converse, were thinking about holding a jam on saturday to get to know everybody, and showcase our skills.  Message me or him or comment on one of our pages if anyone is up for it.  Thank you all in advance

On a totally non-parkour-related topic, a film I shot is premiering in San Francisco this Sunday, March 11, at the Castro Theater. It's a feature-length scripted narrative film so it's my largest project to date, I'm pretty excited because of that and also because it's the centerpiece film at the SF International Asian American Film Festival so it'll be red carpet and all that. It will screen a second time in San Jose the following Sunday (Mar18) for the conclusion of the festival down…

Yesterday, after 4+ years training and volunteering in coordinating parkour sessions, I finally ended up in a verbal altercation with an annoying onlooker, who wouldn't quit complaining about the presumably "inconsiderate" behavior of our group.

In the past (and maybe also thanks to my older age and relative experience with life, work and differently opinionated individuals), I did manage… 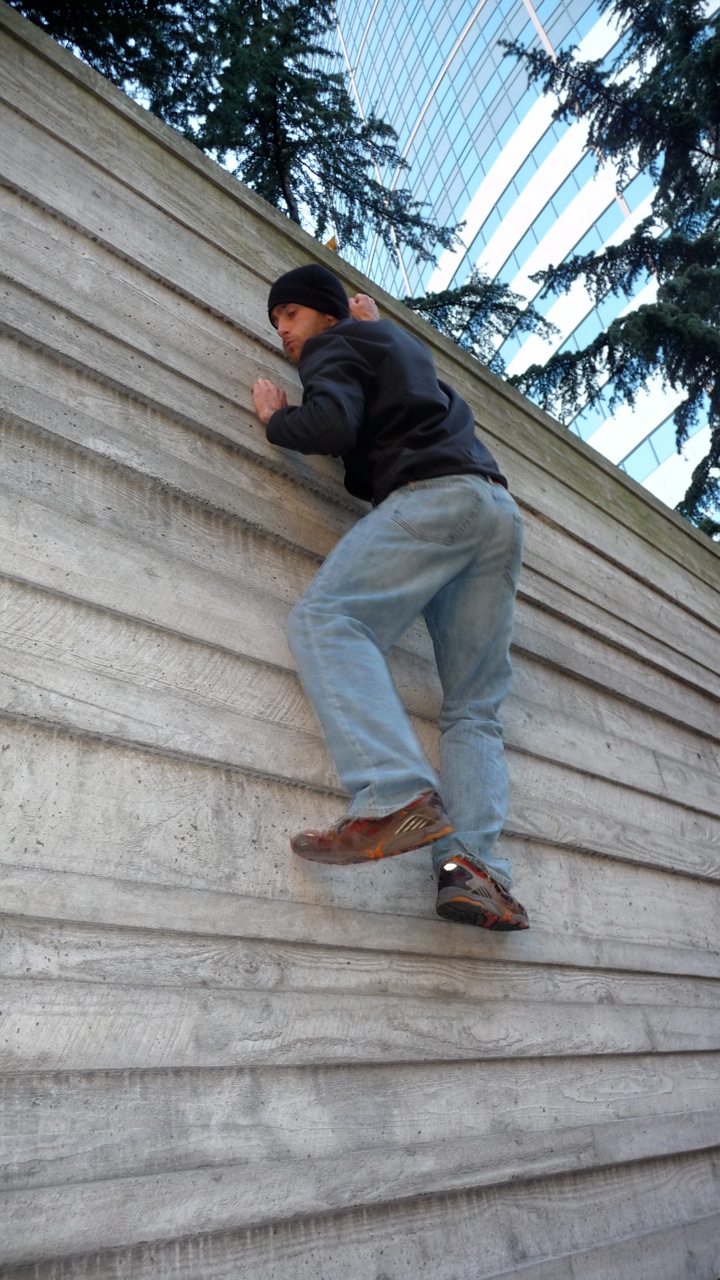 Hi! Well, i havent been on much, but i have been working on parkour. I can now jump down 6 steps and up 4. i can hop over some small stuff, and im working out with circuit training the last 4 saturdays. 10 rounds, 3 minutes each, then a mile and half, then 20 wind sprints. My friend Nick, who I have been friends with for 8 years, can also hop small stuff, and were both getting better.

Its not alot, but i like it. Also, going to chiropractor.

Parkour Flipbook! Check this out!