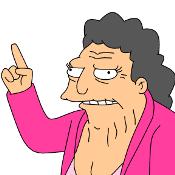 Hey everyone, I'm looking for some advice, if you have any to give :]
So, i'm signing with a talent agent, finally, but i require a demo reel to move forward. So i put together this "test" reel so that i could get comments and critiques.
So if you could, lemme know what you think! (ie: what clips i should use, what i should add, music suggestions, specific theme ideas, etc etc... whatever advice you might have, i'm more than happy to take in!)
Here's the video:
http://www.youtube.com/watch?v=XeL44yhG82Y

Permalink Reply by Seng on August 2, 2010 at 1:56pm
I think more shots of just you to start out- I don't know who I'm supposed to be looking at in the first few clips. Even if you're planning on being mostly a stunt double for an actor, it's good to see what you look like so show your face or some non-action shots where the director or casting person can get a sense of who you are, what you look like and even your personality aside from a body flipping through the air. Who knows, maybe you'll get some actual face time on screen, too. Maybe that's just the low resolution of the test, but aside from the sequence where you've got the blue shirt on, it's not always immediately apparent who to watch.

About the framing of the shots, I think it's better to shoot wider and show more of an action from start to finish including some sequences/chase scenes. Not knowing what jobs you're going for, I'm going to assume that there will be a stunt coordinator who will choreograph the movements for you execute so they're probably going to be looking as much for your overall agility and adaptability which they can mold as what tricks you have already done. Think of editing and photography tricks as devices used to cover up what an actor can't do as opposed to highlighting what a you can do and do safely and repeatedly. So some of the stuff with the really tight camera angles, low exposures (all that silhouette stuff) or people standing around blocking the view of your movement should be swapped for something clearer unless it's coming from previous jobs and in that case, it would probably be good to show some behind the scenes so they know you've worked on a set before.

And as some of the comments on YT have pointed out, show some other physical skills like stage combat, falls, physical comedy, martial arts, etc., so you can be up for more roles than just ones that involve parkour or freerunning- without some diversity, only getting niche jobs isn't going to fill your refrigerator.

Here's a showreel from a stuntman in Hong Kong which I think is pretty impressive: shows his ability to move in a variety of styles, to work in tight, choreographed sequences with another stunt person/martial artist and also includes examples from jobs- judging from his updated reels on his YT channel, it seems he's gotten more work since, too.


Hope that is useful. Good luck on your new career.